Cytokines are small proteins that allow cells of the immune system to communicate with each other. When cytokines are produced uncontrolled, such as, e.g. in response to a biopharmaceutical molecule or a viral antigen, a condition known as cytokine release syndrome or “cytokine storm” is triggered. High levels of inflammation are created, which can be fatal.

Looking For A Tailor-Made Solution?

Leave us a message and we will be in touch shortly. We look forward to meeting you!

Leave us a message 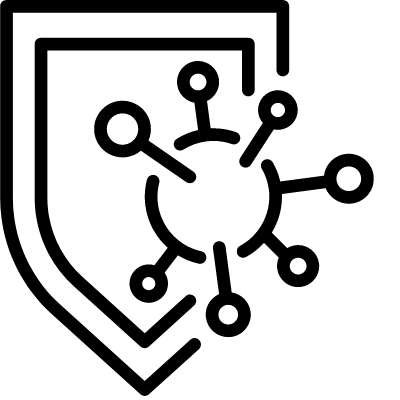 Looking for a tailored solution?

Of course, there is no one-size-fits-all solution for most studies. Immundnz specializes in developing tailored assays to enable you to challenge the status quo in your research.

Some of our popular assays

To accelerate your research and deliver high-quality data, Immundnz offers a broad spectrum of standardized, proven assays that are readily available.
View all Assays

M1/M2 are important in studies of various therapeutic areas and biological pathways.

Phagocytosis is an immunologic mechanism involved in apoptosis, necrosis, infection and tumour conditions mediated by leukocytes like macrophages, DCs, and neutrophils.

Dendritic cells (DCs) are the star antigen-presenting cells (APCs) of myeloid or haematopoietic origin that play a vital role between the innate and adaptive immune systems.

The T cell proliferation assay can be used to assess modulation of the T cell response by (immunomodulatory) compounds.

We perform various immunologic and protein-based assays that are needed in your research or drug development.